The Calling and Guidance by Spirit Voice It was one of these times that I called the Great Spirit. In that meditation I did something new, I opened my mouth and let my voice participate in my silent prayer. A chant was born.

I who valued and worked hard for good lyrics found myself in a world beyond words. I found in there an enormous space for expressing that, which could not be contained by a translatable word.

When I recorded some of my songs with a band, I added the chant as a prayer. The enthusiastic reaction I got for it surprised me and confused me, it was two different music styles and I did not want to choose.

Years ago when someone told me I should use Yemenites side in my music (as I did that in my storytelling and in my life) I reacted impertinently and actually got insulted. I didn’t know the way but I felt that there was pain there but I was not ready to touch it.

A year later while developing the project of Sheba, I worked with a producer who was asking me about the origin of the music, of the land of Sheba (Yemen), and of myself (Jews of Yemen). I left the meeting shaking from the possibilities that the love I have for my people can be united with my artistic life.

While I was gathering the material I made an amazing discovery. Yemenite music in Israel is mostly energetic music for da 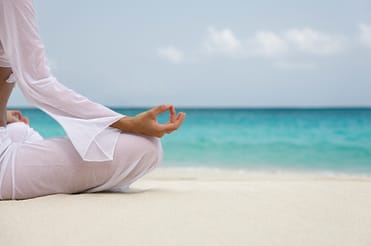 ncing in family events. The music I was attracted to seems to be rare. Then I realized: that popular music is man’s music. Their music is joyous which celebrates God in a gospel way. The music I was searching for was the song sung on my wedding day. That apparently was the woman music and I could hardly get recordings of it.

My grandmother Shadra was making the special Shabbat bread and was humming a song. As a young girl, I asked her what she was singing and whether she could teach me, but she just blushed and giggled. When I asked my mother: what is the secrecy? She smiled and said it was maybe a woman song, and that I was too young for.

Since then more chances came to me in meditation and I let them come. I honored them. I started to see that unconsciously the ways of my ancestors were coming through me and I needed to give it a place.

Still, I didn’t see the connection to my songwriting. 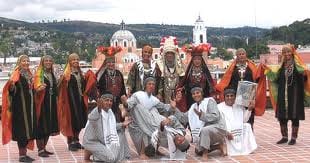 When I was asked to give a workshop about Arabic Jews, I was happy to share the extraordinary stories of my families. When there asked me to sing Yemenite songs at the end of the event I was not sure I want to do that, but I agreed.

I went through great emotional turmoil in the preparation. When I asked myself why I have so much resistance to sing Yemenite songs, I realized I was terrified of being artistically trapped in a stereotype.

It originated in an experience I had when I was 17 in Israel. I was not accepted to an audition on the ground that I sang Hebrew songs instead of music from my heritage. I was deeply insulted that they did not see me and my abilities, they only saw the fact I was a minority.

There and then I cut the music of my cultures from my artistic life (Until it popped up in meditation).

I concluded that if I followed my culture I am going to be trapped in a tiny ghetto in the cultural scene of my country, which was looked down on. I didn’t want that at all. Actually, I become terrified of it.

I had to heal that shadow belief.

That day of realization I took Yemenite music to the dance rehearsal room and made peace with it. I let it come through my body, I danced and sang my childhood songs with tears in my eyes, inviting in visualization the disowned part of myself to come home.

Since then the sound of my music started to come together, I feel that there is no more contrast between songs and chants, east and west, old and new, introvert and extrovert.