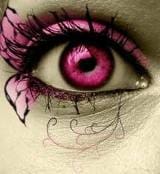 According to Jung, our shadow can be said to consist of energy patterns, known as selves or sub-personalities, which were disowned — pushed down into our unconscious in childhood, as part of our coping strategies to make it through the intensity of our childhood. We are largely cut off from these patterns, so they operate from our unconscious, but we are largely cut off from them, leaving them to operate without anyone minding the store, so to speak. When we have days that don’t seem to go the way we want, one or more of our unconscious selves is getting its needs met, any way it can.” Cal Simone

Before we can engage with shadow, our egos must be ready. Our egos — grasping for importance, meaning, to be recognized, to be seen — are actually under-developed. An ego that isn’t healthy, developed, and aware will compensate by grabbing for power and control, which leads us towards isolation and away from being related to others, ourselves, and That Which Is Larger Than Us.

Reprogramming methods such as NLP parts work operate directly on the unconscious selves, making them responsible for changing the behavior. Such methods rest on the idea of replacing behaviors that we identify as “positive” with ones we identify as “negative”.

In contrast, working with the shadow honors all behaviors and sub personalities, acknowledging that the disowned selves, including those that sabotage us, are valuable and have often been misapplied throughout a lifetime of habituated behavior patterns. These habituated patterns are familiar and comfortable, and we go through much of our lives imagining that that’s just “the way it is” and “the way we are.”

The Sub-conscious is that part of his mind a person is unaware of, or which is out of his control – what Jung called the Shadow. The subconscious functions include vital background psychological activities such as the integration of new data and re-programming where necessary – a function which dreaming reflects – and this co-ordinates the carrying out of set patterns of behavior which can be safely left “on automatic” by the conscious mind, freeing it to concentrate on the task in hand.

The sub-conscious contains all of the emotional and cognitive experience of a lifetime, whether pleasurable, ordinary or traumatic. Its contents are drawn upon by the pre-conscious when they seem relevant. It is a reservoir of information so vast and rich that it seems quite incredible to the conscious mind. Its contents are nevertheless consciously reachable by methods of psychological analysis (especially with the aid of biofeedback devices) which serves to resolve the defensive censorship of the preconscious.

The “Shadow” aspect of the sub-conscious mind includes the roots of phobias, obsessions, compulsions and delusions and many complexes charged with intense emotion. These are developed in response to circumstances in the past and used in present time when re-stimulated by a similarity of circumstances; this occurs without conscious control, irrationally and without inspection – a “reactive” mental process. Memory of the original, often dramatic circumstance and the accompanying fears and decisions is normally repressed, as it is uncomfortable and too painful to re-examine.

– Voice dialogue is a tool for communication, based on the psychology of Carl Gustav Jung. Jung introduced the concept of “archetypes”: basic patterns in human beings that are present in people all over the world. Based on these archetypes is the “psychology of selves”, which is the basis of voice dialogue. The assumption is that we consist of different “selves”, sub personalities who each play their own role within the person. Voice dialogue helps you to find out which sub personalities in particular help us to survive in the world.

Metzinger, Thomas (2009): The Ego Tunnel: The Science of the Mind and the Myth of the Self.