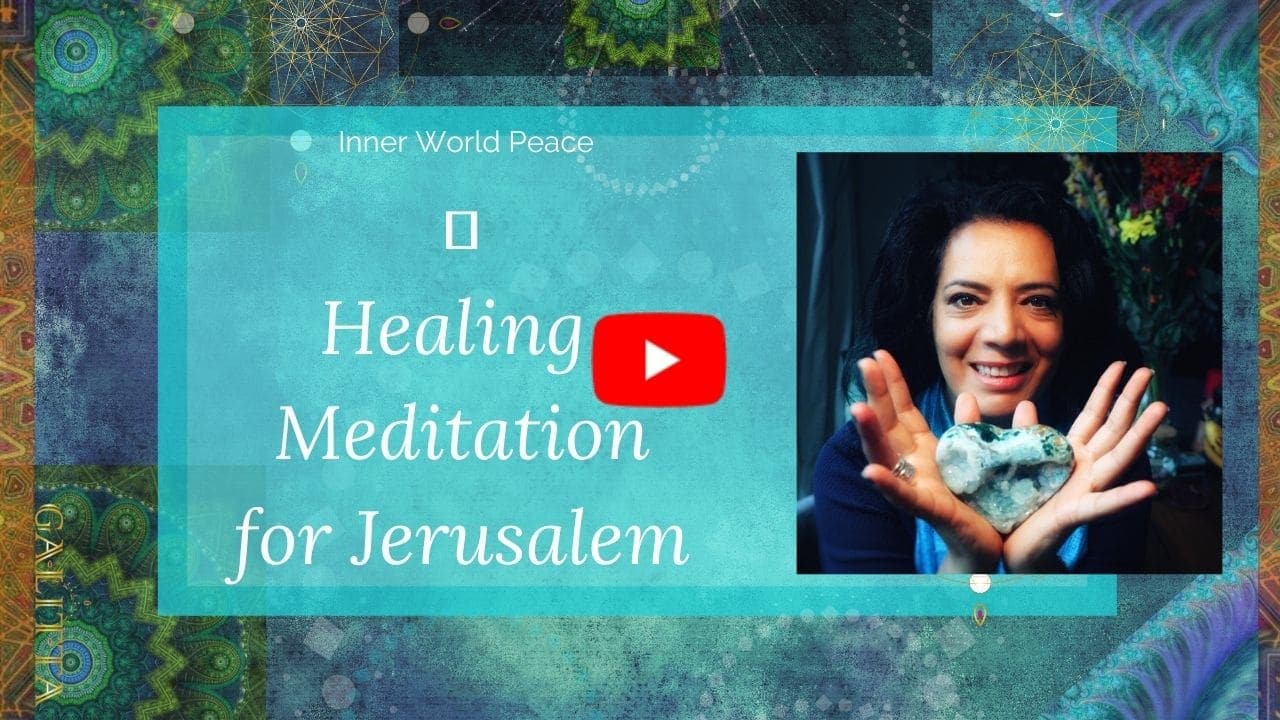 I had more than one hiding place when I was seven, growing up in a village near Jerusalem.

The greatest hiding place was under a fig tree, down the mountain from my house. I could hear the village noises, the animals, people talking, and the faraway cars.

I collected herbs, ate my delicious snacks, and dreamed.

Sometimes I would have a talk with a blond boy who was funny and friendly. I imagined him to look like the boy from Pippi Longstocking, the fantastic Swedish children’s TV series, just a bit more handsome.

Years later when I met my Dutchman, his father showed me a picture of him when he was a boy.

Much later I realized that the blond boy I saw in my mind’s eye, who lived over the sea, was my Peter.

One day Peter said to me: “I always knew that I was going to marry a brown girl”. And I said: “I always knew a blue-eyed boy was waiting for me overseas.” (I just thought it would be Sweden 🙂

Then I started to be interested in how we manifest. How heart wishes do come true? Did I dream him into reality? What else do I want to create in my life?

And then the book and film The Secret came out. The fact that thoughts, words, and emotions create reality started to become more popular with teachers, mystics, and scientists teaching about the nature of reality.

So, yes, I practice creating in my reality with my own consciousness and I help others too.

I started to be interested in our collective powers to create and manifest the world we want. My favorites were the book The Field by Lynne McTaggart, the teachings of Bruce Liptin, and the Maharishi Effect.

I realized that I want a world of playfulness, creative living, and love for all living beings. I believe that you do too {{ subscriber.first_name }}.

That is the idea behind Inner World Peace. So from now on, anyone who has his heart in the world we recreate can just join us on youtube.

Will you bring your being to this healing meditation?

TODAY I ASK YOU TO USE YOUR VOICE, HEART, and MIND for the CITY OF JERUSALEM and to ALL THE PEOPLE WHO LIVE THERE. 💚

You will feel more peace and love afterward too.

It is especially for people who live outside and want to help but have some frustration, pain, or sadness. We need to start to transform the energy from within ourselves ( if we can).

You only need to bring yourself and your heart, your mind, and your inner voice and connection to your greatness.